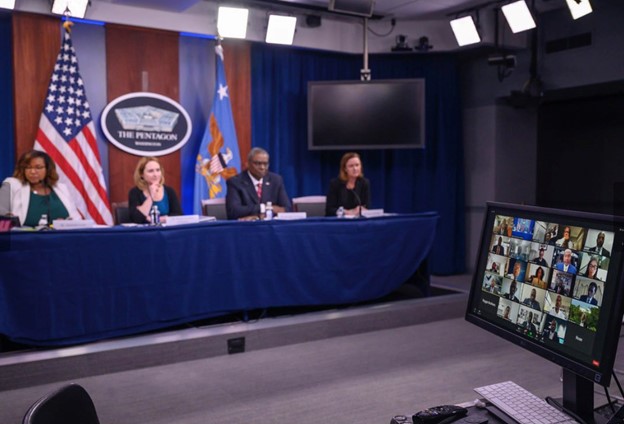 The roundtable event was convened on June 25, 2021 to give black CEOs a platform to articulate barriers to working with the U.S. Department of Defense (DoD), as well as provide suggestions for DoD to reduce obstacles for minority-owned businesses to play a role in the Defense Industrial Base (DIB).

Several senior executives from minority-owned businesses and relevant organizations participated in the roundtable, including I4NI Executive Director Earl C. Wyatt. Mr. Wyatt drew upon his experience and expertise as both a senior executive of a minority-owned business and a former Deputy Assistant Secretary of Defense, Emerging Capability & Prototyping in the office of the Assistant Secretary of Defense for Research & Engineering.

Following the event, Mr. Wyatt said that new technology historically has made significant contributions to our nation’s defense efforts, but he believes more needs to be done to ensure that the United States stays at the forefront of innovation.

“As famed artist Andy Warhol reminded us, most innovation involves doing the things we do every day a little bit better rather than creating something completely new and different,” Mr. Wyatt stated. “It was refreshing to see the Defense Department open a dialogue with minority-owned businesses and pay particular attention to the potential impact these businesses can have if given the opportunity and support they need.”

Move America is a nonprofit organization dedicated to bringing industrial expertise to the nation’s most challenging problems as an impartial voice for education, research, science, and integration. Powered by MoveAmerica, the Institute for Nascent Innovation (I4NI) is designed to help innovative companies take their concepts from inception to production and integration. For more information about MoveAmerica, visit MoveAmerica.

Visit us at Eccalon.com and connect with us on LinkedIn.